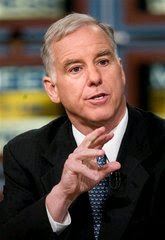 In a letter to supporters yesterday, Gov. Howard Dean enthused:

We've worked together since the beginning of the healthcare debate to draw a line in the sand -- the choice of a public option must be included in any reform bill passed this year. And every time Republicans have tried to kill it or the insurance industry has claimed it's already dead, we've stood up and proven them wrong. The new line from opponents of reform is that Congress doesn't have the votes to pass a public option. Once again, thanks to you, we've proven them wrong. We've asked everyone in Congress where they stand. At least 218 House and 51 Senate Democrats have said they would vote for the final healthcare bill if it included the choice of a public option rather than vote against the bill and kill reform. That means Congress has the majority votes needed to pass a public option -- TODAY. Now is the season for action. The majority of Americans want it. Majority votes in Congress will pass it. Join President Obama in calling on Congress to get the job done this year.

Private Medicare Advantage plans cover some 11 million patients, and are very profitable to the insurance industry. I think they're another example of corporate greed overwhelming decency. Republicans have protected privatized Medicare Advantage, and most progressives, seeing the abuses, have called for their elimination for years.

On average, the government pays about 14 percent more for a private insurance Medicare Advantage plan than regular Medicare. President Obama hopes to wring billions in savings by reducing that premium. He'll then reinvest the savings - an estimated $177 billion over ten years -- in his push for universal healthcare.

. . . [Peter ] Orszag, who's leading Obama's healthcare reform effort, [states] "Evidence suggests that each dollar provided under Medicare Advantage costs the government a dollar thirty in costs," he said. "I believe in competition. I don't believe in paying a dollar thirty to get a dollar."

The administration is not calling for an end to the plans, but rather that they be required to bid for the premium instead of simply being handed it. Reducing the premium could also reduce the fraud. Take the example of Curtis Smith: an elderly patient on a fixed income getting cancer treatments isn't any insurers idea of an ideal customer. But agents who sign patients up are generally paid a commission up front, so there's little incentive for them to do a longterm cost-benefit analysis. Once companies start doing that calculation under the new, reduced premium, tricking sick, old people into signing away their Medicare plan will be less profitable.

Curtis Smith is retired, 72, and not in the best of health. He lives with his wife in Washington DC. He rises early each day, and has difficulty finding safe things to do, as he does not live in the safest of neighborhoods. His story is an example of why health care reform, including limiting Medicare Advantage, is so necessary.

The tedium was broken one morning [last] summer when a young woman knocked on his door. His wife told him not to answer. Nothing good could come from it.

"Most time she's right, I have to give her credit," he says. "If I'd have listened to what she said, I wouldn't be in the predicament I'm in now."

The next time Smith went to his pharmacy, he was told he was no longer covered. When he went to Howard University Hospital for a colon cancer procedure, he was told the same thing. His wife sent him to the local Legal Aid Society of the District of Columbia.

The woman who'd knocked was a sales rep from EverCare ( "We care about healthcare" ), a company that sells Medicare Advantage plans, which are privately run and can be more expansive - with vision and dental coverage - but have a smaller network of providers that participate. In practice, the extra vision and dental coverage is often of negligible benefit and doesn't outweigh what's lost by leaving traditional Medicare - but it looks good at first.

The sales rep told him her plan would be cheaper and would provide vision coverage, something Smith, whose eyes are deteriorating, had wanted. "She told me to sign it. It was a piece of paper just like one of these right here," says Smith, who can't read well. "A big piece of paper. And she had read me something about the benefits being better and cheaper and I signed it." (An EverCare spokesman said he couldn't comment on any specific case.) . . .

[Whether the President's proposal to give relief to the victims of Medicare Advantage is] . . . .a moot point for Curtis Smith; he didn't stay on EverCare's rolls for long. Smith had two things most victims of such policy-switches don't: access to free legal help in his neighborhood and a wife smart enough to tell him to use it. His attorney at Legal Aid, Jennifer Hatton, pressed the Centers for Medicare and Medicaid Services (CMS) to rescind his enrollment in the Medicare Advantage plan, arguing that it was done fraudulently and was therefore illegitimate. CMS has long battled with shady marketing practices employed by Medicare Advantage companies. The agency has increasingly tightened what they're legally allowed to do, but policing against all situations like Smith's is a practical impossibility.

In late February, CMS apparently agreed that Smith had been enrolled under illegitimate circumstances. CMS, as a result, agreed to retroactively dis-enroll him from EverCare and re-enrolled him in traditional Medicare.

In his long-awaited memoir released this week~ 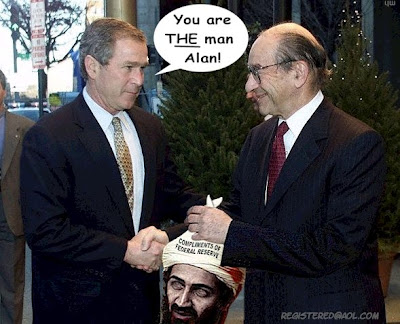 'I am saddened that it is politically inconvenient
to acknowledge what everyone knows:

the Iraq war is largely about oil.'

Stand Out Story of the Week 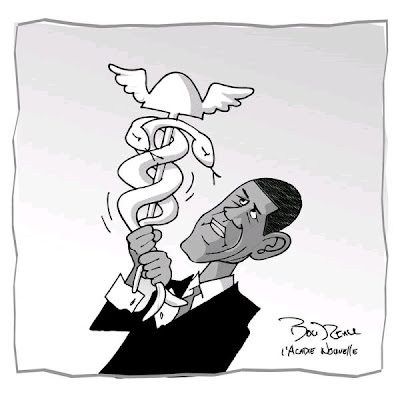