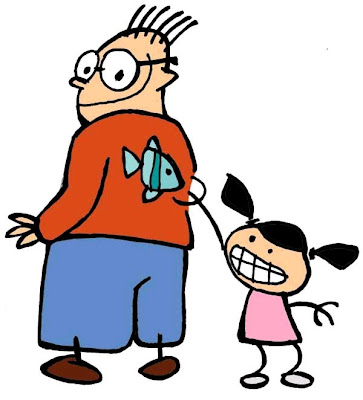 Unlike most of the other nonfoolish holidays, the history of April Fool's Day, sometimes called All Fool's Day, is not totally clear. There really wasn't a "first April Fool's Day" that can be pinpointed on the calendar. Some believe it sort of evolved simultaneously in several cultures at the same time, from celebrations involving the first day of spring.

The closest point in time that can be identified as the beginning of this tradition was in 1582, in France. Prior to that year, the new year was celebrated for eight days, beginning on March 25. The celebration culminated on April 1. With the reform of the calendar under Charles IX, the Gregorian Calendar was introduced, and New Year's Day was moved to January 1. However, communications being what they were in the days when news traveled by foot, many people did not receive the news for several years. Others, the more obstinate crowd, refused to accept the new calendar and continued to celebrate the new year on April 1. These backward folk were labeled as "fools" by the general populace. They were subject to some ridicule, and were often sent on "fools errands" or were made the butt of other practical jokes

. The butts of these pranks became known as "poissons d'avril" or "April fish" because a young naive fish is easily caught. In addition, one common practice was to hook a paper fish on the back of someone as a joke. It's still the favorite April Fool trick of most French and Québecois children to stealthily attach a paper fish to the back of a copain to this day.

This harassment evolved, over time, into a tradition of prank-playing on the first day of April. The tradition eventually spread to England and Scotland in the eighteenth century. It was later introduced to the American colonies of both the English and French. April Fool's Day thus developed into an international fun fest, so to speak, with different nationalities specializing in their own brand of humor at the expense of their friends and families.

In Scotland, for example, April Fool's Day is actually celebrated for two days. The second day is devoted to pranks involving the posterior region of the body. It is called Taily Day. The origin of the "kick me" sign can be traced to this observance.

Mexico's counterpart of April Fool's Day is actually observed on December 28. Originally, the day was a sad remembrance of the slaughter of the innocent children by King Herod. It eventually evolved into a lighter commemoration involving pranks and trickery.

Pranks performed on April Fool's Day range from the simple, (such as saying, "Your shoe's untied!), to the elaborate. Setting a roommate's alarm clock back an hour is a common gag. Whatever the prank, the trickster usually ends it by yelling to his victim, "April Fool!"

April Fool's Day is a "for-fun-only" observance. Nobody is expected to buy gifts or to take their "significant other" out to eat in a fancy restaurant. Nobody gets off work or school. It's simply a fun little holiday, but a holiday on which one must remain forever vigilant, for he may be the next April Fool! 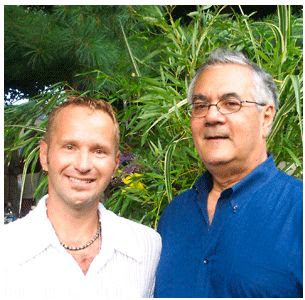 United States congressman Barney Frank is known for his intelligence, his quick and acerbic wit, and his spirited defense of his social and political beliefs. He has been a leader not only in the cause of gay and lesbian rights, but also on issues including fair housing, consumer rights, banking, and immigration.

Frank was born on March 31, 1940 in Bayonne, New Jersey, where his father owned a truck stop. As a youngster Frank developed an interest in politics. He did not, however, foresee a career in government for himself because he observed in politics a dismaying amount of corruption and an inhospitable attitude toward Jews. He had, moreover, realized at the age of thirteen that he was gay, which also seemed an obstacle to a political career.

Frank first ran for the United States House of Representatives in 1980, when the incumbent, Father Robert Drinan, retired. Drinan endorsed Frank to succeed him, but Boston's Humberto Cardinal Medeiros tried to mobilize Catholics to vote against him because of his pro-choice stance. With narrow victories in both the primary and general elections, Frank became the Representative of the Fourth District of Massachusetts and began his career on the national stage.

The liberal freshman congressman zealously defended programs that protected low-income people, the elderly, and other groups at risk, and he was also a vigorous opponent of initiatives by the Reagan administration to give tax breaks to large corporations, especially those in the oil industry, at the expense of the general populace. One commentator noted that Frank showed "a combination of humor and conviction that left even ideological opponents paying him grudging respect."
Although always an advocate for gay and lesbian rights, Frank was closeted at the beginning of his political career. Fearing that disclosing his sexual orientation would jeopardize his chances for election, Frank "made a conscious choice for a political career over a personal life." Gradually, however, he came out to various friends and colleagues, but it was not until 1987 that he commented publicly, when questioned by a reporter from the Boston Globe. The response of Frank's constituents was overwhelmingly favorable; letters of support outnumbered those critical of him by a margin of six to one.

Frank's record on gay and lesbian concerns is second to none, but he is far from a one-issue legislator. He has supported civil rights, gun control, fair housing, reproductive rights, and the medical use of marijuana. He favors a balanced approach toward environmental issues, opposing oil exploration in the Arctic National Wildlife Refuge but also arguing against restrictions on the fishing industry that "are too rigid and reflect inaccurate science."

In 2003 Frank became the Ranking Member of the House Financial Services Committee, whose oversight includes issues of banking, insurance, real estate, consumer rights, and financial privacy laws. He has been Chair of that powerful committee since the Democrats regained control of Congress in 2006.

Frank has raised the profile of gays in government by attending White House dinners and other official functions with his partner. Herbert Moses, Frank's companion for over a decade, was the first partner of a gay Representative to be granted spousal access privileges to the Capitol. Frank and Moses parted amicably in 1998, about the same time Frank co-founded the National Stonewall Democrats. For severa years Frank attended events at the White House with his then partner, Sergio Pombo.

A true old school liberal, he is equally beloved by his constituents as by Hill staffers, who named him the "most eloquent," "brainiest," and "funniest" Member of the House in both 2004 and 2006. Frank is sixty-nine today. His current partner, Jim Ready, is forty year-old surfer who runs an awning company in Maine.

Frank is known for his intelligence, integrity, and work ethic. Called a "political theorist and pit bull at the same time" and "one of the most colorful and quotable figures in Congress" because of his quick and often biting wit and his rapid-fire style of speech, the congressman is a force to be reckoned with in debate and is also an engaging public speaker.

Frank calls political engagement and participation the most effective course for glbtq people. "Marches and demonstrations may be fun, but they don't affect politicians," he stated. Those who wish to bring about change should, he said, "vote and let [their] elected officials know [they]'re there."