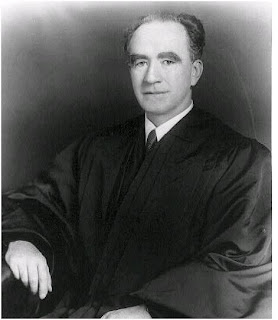 Murphy was elected the Governor of Michigan in 1936 and served one two-year term. During his two years in office, an unemployment compensation system was instituted and mental health programs were improved. The United Automobile Workers engaged in an historic sit-down strike at the General Motors' Flint plant. The Flint Sit-Down Strike was a turning point in national collective bargaining and labor policy. After 27 people got injured in a battle between the workers and the police, including 13 strikers with gunshot wounds, Murphy sent the National Guard to protect the workers. The governor didn't follow a court's order requesting him to expel the strikers, and refused to order the guards troops to suppress the strike. Murphy successfully mediated an agreement and end to the confrontation; G.M. recognized the U.A.W. as bargaining agent under the newly adopted National Labor Relations Act. This had an effect upon organized labor. In the next year the UAW saw its membership grow from 30,000 to 500,000 members. As later noted by the British Broadcasting System, this strike was "the strike heard round the world."

Murphy was first nominated by Franklin Delano Roosevelt to be Attorney General and then in 1940 Roosevelt promoted him to the Supreme Court where he served till his death in 1949. Murphy authored 199 opinions: 131 majority, 68 in dissent and took an expansive view of individual liberties, and the limitations on government he found in the Bill of Rights.

Opinions differ about him and his jurisprudential philosophy. He has been acclaimed as a legal scholar and a champion of the common man. Justice Felix Frankfurter disparagingly nicknamed Murphy "the Saint", criticizing his decisions as being rooted more in passion than reason. It has been said he was "Neither legal scholar nor craftsman" who was criticized "for relying on heart over head, results over legal reasoning, clerks over hard work, and emotional solos over team play."

Murphy's support of African-Americans, aliens, criminals, dissenters, Jehovah's Witnesses, Native Americans, women, workers, and other outsiders evoked a pun: “tempering justice with Murphy.” As he wrote in Falbo v. United States (1944), “The law knows no finer hour than when it cuts through formal concepts and transitory emotions to protect unpopular citizens against discrimination and persecution.”

The reason Murphy's being mentioned here is for his lifelong companion and roommate, Edward Kemp. The two met while in college, attended law school together, started a law practice together and were basically inseparable for Murphy's entire life. They travelled overseas together, and lived together before and during Murphy's time on the Supreme Court. Kemp said he was only Murphy’s personal assistant and political advisor. That's odd because Justices have clerks for personal assistants and, with lifetime tenure, Murphy had little need for political advisors. We can at least hope they were happy together.