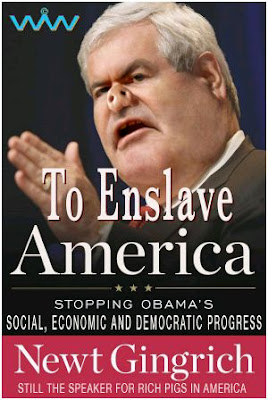 "What if Obama is so outside our comprehension, that only if you understand Kenyan, anti-colonial behavior, can you begin to piece together his actions? That is the most accurate, predictive model for his behavior. This is a person who is fundamentally out of touch with how the world works, who happened to have played a wonderful con, as a result of which he is now president.

"I think he worked very hard at being a person who is normal, reasonable, moderate, bipartisan, transparent, accommodating — none of which was true. In the Alinksy tradition, he was being the person he needed to be in order to achieve the position he needed to achieve. He was authentically dishonest." - Newt Gingrich, speaking to the National Review.
Posted by We' Po' Now, Crapaud! at 6:51 AM No comments: 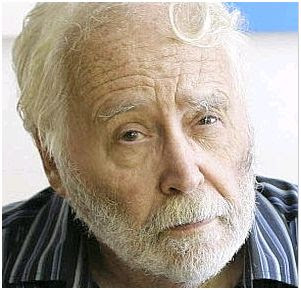 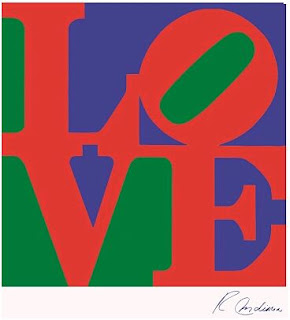 
Robert Indiana, né Robert Clark, was born in Newcastle, Indiana September 13, 1928. He served in the U.S. Army Air Corps from 1946 to 1949 and then entered the Art Institute of Chicago with the assistance of the GI Bill. Upon graduating with a Bachelor of Fine Arts degree in 1953, Clark won a scholarship to the University of Edinburgh. He earned an Masters degree in Fine Arts there in 1954 and moved to New York City.

Establishing himself in the growing art colony at the very southern tip of Manhattan, he became part of a group of young artists including Agnes Martin, Lenore Tawney, Jack Youngerman, and Ellsworth Kelly. For a time, he and Kelly were lovers.

Clark changed his surname to Indiana in 1958 to reflect better the American focus of his work. He first attracted notice in 1959 with unpainted assemblages, stenciled with short words and constructed from scavenged wood, pieces of iron, and wheels.

Indiana is part of the pop art movement, though he deprecatingly refers to himself as a "sign painter." Like other pop artists he invests commonplace objects and familiar images with new meaning. However, his works occasionally deviate from the pop art norm by evincing intense personal and political engagement. They express concern over social issues and make pointed political statements. His painting Yield Brother (1962), for example, focuses on the peace movement while his Confederacy series (1965-66), created during the Civil Rights movement, attacks racism in four southern states.

He painted "LOVE" for a Christmas card for the Museum of Modern Art in New York in 1965.

The LOVE image had an immediate impact, especially among the youth culture of the 1960s. As a painting, graphic design, and a sculpture, it has become one of the most pervasive and widely disseminated images of all time.

In 1973, the U.S. Postal Service commissioned Indiana to do a LOVE postage stamp. The resulting product became the most popular stamp ever issued by the U.S. government.

In 1978, Indiana moved to Vinalhaven, Maine. Working with Vinalhaven Press, he has used the traditional printmaking media of etching and lithography to depict the solitude and isolation of his life in rural Maine.

Indiana's more recent works include biographical elements of gay lives, including his own.

Indiana continues to work actively and accept commissions. He filed suit a few months ago to protect his rights in his art against his “business” “partner” John Gilbert who’d been merchandizing Indiana’s images in India and elsewhere.